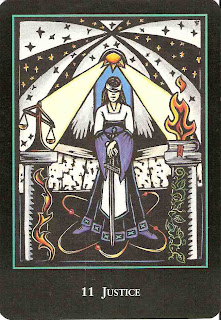 Why?
'Mall gunman called quiet and depressed
A high school dropout with a criminal past, Robert A. Hawkins had struggled to overcome depression. But friends thought he was making strides.
Then, about two weeks ago, he lost his girlfriend. A week later, it was his job. His friends worried he would regress.
"He was a very helpful young man, but he was quiet," said Debora Maruca-Kovac, a surgical nurse whose family took in Hawkins after her 17- and 19-year-old sons befriended him.
"He didn't cause a lot of trouble. He tried to help out all the time," Maruca-Kovac said. "He was very thankful for everything. He wasn't a violent person at all."
But Maruca-Kovac said she saw nothing foreshadowing the horror Hawkins would inflict during his last moments alive. She remembered a gentle young man who loved animals. But she had a feeling of despair soon after she learned about Wednesday shootings. By then, she had learned of a suicide note that Hawkins had left behind.
"I had a feeling it could be him," she said.
She told The Associated Press that she and her husband let Hawkins stay with them after he was kicked out of his family's house. She would not say why his family had kicked him out, but court records show that at least once he was termed a ward of the state, which legally removed him from his parents' custody.
With Hawkins living in her home, Maruca-Kovac could see he had a drinking problem and was an occasional marijuana smoker. He enjoyed music and video games — "normal teenager stuff," she said.
"He was depressed, and he had always been depressed," Maruca-Kovac said. "But he looked like was getting better."
Hawkins had earned a GED after dropping out of Papillion-La Vista High School. He got a driver's license after moving in with the Maruca-Kovacs and five months ago started working at a McDonald's restaurant near their raised ranch-style home in a middle-class neighborhood in Bellevue, Maruca-Kovac said.
Hawkins lived with several friends for a couple days at a time before landing at Maruca-Kovac's house last year, she said.
"He was like a lost pound puppy that nobody wanted," she said. "I felt sorry for him. I let him stay, and we tried to get him on his feet."
In the note, which was turned over to authorities, Hawkins wrote that he was "sorry for everything" and would not be a burden on his family anymore.
"Now I'll be famous," he wrote.
Maruca-Kovac went to the medical center, where victims of the shooting soon began to arrive.'
As I watched in horror the news, this story makes me ripping mad. I know he violently killed 9 people and physically hurt many others, mentally he irrevocably damaged everyone in the mall. Does ANYONE SEE WHY? Hurt people, hurt people.
The damage of being, not just feeling, but really being unwanted. Losing what you love. Over and over. Living in someone else's home, being grateful for them letting you have a couch to sleep on. This morning on the news, they were interviewing the lady he had been living with, and they ask her, 'do you think you did enough to try to help him?' She apologetically said, 'I guess not. Look at what happened.' What the hell? She opened her home, listened to him, was one person that DID something. Where is his family? Where are the Christians at? Where are the Spiritually evolved people that are supposed to be here to ease the suffering on this insane planet? He was quiet, because he stopped talking. NO ONE WAS LISTENING. What is wrong with people. He wanted to be remembered. He wanted what we all want, someone to want us, to love us, to LISTEN to us. And really hear us. His family, girlfriend, workplace, life, didn't want him. WERE NOT LISTENING. I drew one card about, Why? Why did he do this? The Justice Card. He executed his own justice. And his own death. Even now, they're not counting him among the dead. Why? He died too. And left a brutal gash in the homes and lives of innocent shoppers at that mall. Ironic, people shopping for gifts for other people they love. Merry Christmas. He didn't FEEL loved or WANTED. He was screaming for help, for someone to know him. To just remember him, love him. Well, now they'll remember him. How horrible. 'ye have ears, but you do not hear.' someone named Jesus said this. anybody remember him?
Posted by Linda at 7:24 AM